The Future Of Classic Music Culture… 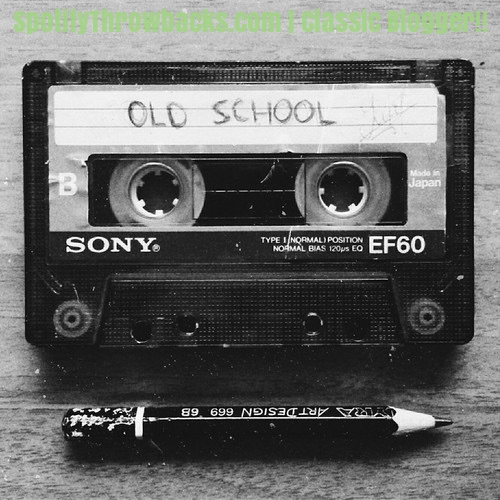 I consider myself to be very well informed when it comes to music and music streaming. Although the statistics are very complex; because I’m not sure what things were being factored in these stats, it’s really hard to predict whether or not we’d be even listening to old school anymore in the future. But, here is my general synopsis of where we’re at now. Using rounded numbers here (I know they’re a little off but it’s to make an easy point), people between the ages of 12 thru 25 are using the bulk of music streaming services. I believe it is by these statistics, the music industry is saying they’re finally seeing profit (this includes not just on-demand streaming, but internet radio (Slacker, Pandora, and the like).

Where I find still a problem for the music industry are ages 25 thru about 50, who may have been heavily active during the old Kazaa & Napster era. With the 25 thru 50 group, although many indeed purchased music, they usually don’t as much as they say they do. In fact, many then and still do feel entitled, even though they know it’s wrong (citing fair use bullsh**). Then the final problem are the 50+ age group, who grew up during the CD, vinyl, and cassette era. The 50+ group with an infinite wish-list of all the albums they say they still want; but can’t find it cause physical media is being phased out! Most still can’t accept in their minds that the music that does still physically exist, you’re being charged a fortune ’cause it’s either an import, “a limited time offer,” or a collector’s item. The 50+ group (for the most part) still believes this is the way you support the artists, not having a full understanding, or realizing just how music has changed in the last several decades. Or perhaps they’re still technically challenged. There are less then a few labels that are reproducing limited vinyl copies of anything, such as Sony. Although, I still acknowledge the fandom aspect of it, that need for memorabilia. I get it…..

It may be a cruel thing to say, but the reality is, once people are locked in to a behavior, very few people can come out of it. I don’t think the music industry and independent artist will see any real rewards until the next 4-5 generations that will be born in to music streaming (not YouTube, unless the industry decides to make them pay royalties (not monetization)). If music streaming were the standard culture, artist would make more money than on iTunes. Do you realize iTunes only pays artists 25 to 30 cents on the dollar, per download? The artist does all the work creating, and iTunes takes 70%. It may actually be less, depending whether you’re signed to a label or not. If everyone used Spotify (or any legal streaming you’d like), an artist can make 20x more for that same singular downloaded sale. I want you guys to understand that I’m not someone who just discovered Spotify, and want to proselytize everyone. I’m also a music lover and collector, I see the value and convenience of music streaming.

Because the majority of paid streaming users are young people, we’ve lost a significant amount of music culture. Yes, many of our great classic music can be found, but if people aren’t playing it, it’s not there. It is evident by the fact that people are always looking for playlists. I’ve read a lot of people asking others to make playlist for them. If that is not an indication that we are starving for good music culture, I don’t know what is? I honestly don’t know what to tell you. If more old season folk were using music streaming, finding good music wouldn’t be that much of a problem. What even baffles me more, many old folk have Facebook accounts already! You don’t even need a credit card for free Spotify, just use your Facebook to log in, and yet you still use YouTube. But you look down on young people for not supporting Black music? You kidding me right? Anyway…. This is why I’m working so hard on my site, not just because classic music and blogging are my hobbies, but because it’s needed. And hopefully when seasoned folk start to recognize not just how much music they’re missing, but all the titles they’re unable to discover from full albums they’re not getting on YouTube! Maybe then, they can stop being so stubborn and at least want to know more about how easy music streaming AND internet radio is…… Especially when most are free now. By the way, I know some of you smart asses are saying, “there are a lot of full albums on YouTube too!” No, there aren’t that many. Now, ask me, how do “I,” your knowledgeable classic blogger knows this? Because YouTube only allows unverified YouTuber’s 15 minutes per upload; and most understand they’re uploading music illegally, and they’re not going to offer up their personal telephone number and or other personal information. So, no…… Only a handful….. (relatively speaking)