The Changed Face Of Motown Records!

Published December 2, 2018 | By SpotifyThrowbacks.com
ATTENTION: YOU MUST HAVE SPOTIFY INSTALLED ON MOBILE DEVICES & PCs TO ENJOY MUSIC LINKS!! 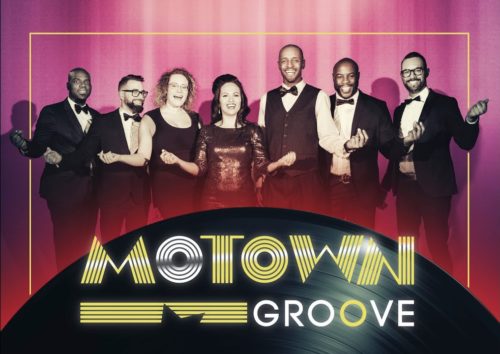 You know, before I begin, I’d just like to say “off the bat,” I don’t mean to start off sounding negative. However, I need to share with my readers that, I’m finding the new face of Motown very troubling. It’s not that I don’t like change, ’cause long-time readers know that I am all for technology and diversity! But…… My goodness…. After Berry Gordy done the unthinkable!! Exactly 20 years ago, Mr. Gordy sold Motown records (the largest Black owned anything) to  MCA records, which is now known as Universal Music Group for 60+ million dollars, sh*t went downhill after there. In 2003 Universal Music Group’s label became defunct. However, the company reestablishes several of it’s acquired labels as stand-alone, which included Motown.

But…. Here are my even bigger issues I have with Universal Music Group. I’ve named this article “The Changed Face Of Motown Records!” for a reason. Although they saved the Motown label; despite the fact that Motown is supposed to be its own independent label, Universal Music Group has the credits (music streaming at least). Motown’s name doesn’t appear anywhere, with the exception for old album art. Second issue, do we know if Motown is making any money? Is this why the legendary Motown name is omitted from advertisement? I mean, don’t get me wrong, I love me some Badu, and I also love me some Ne-Yo, but we can’t compare them to Diana Ross & Smokey Robinson. Universal Music Group has basically turned Motown in to a less than average grade Hip Hop label.  This is NOT the history of Black people! Thirdly, and most importantly, in the past twenty years since Motown has been sold, I saw absolutely no attempts to advertise Motown’s history! I mean I haven’t seen ANYTHING! Not even a greatest hits of anything!! Today, unless you are old enough to remember Motown, it doesn’t exist.

So, although many of you cop an attitude when I say this, but this is a perfect example why Black folk need to start writing, and take a minute from watching “Love And Hip Hop,” and learn how to put a blog together. We need more Black Writing! No other race is going to write about us, with the same sense of urgency the way we should! I just don’t know how to explain it any clearer than that! For the 90 millionth time, we are loosing not only Black music culture, but our classic music culture in general. When this happens, just make a note that it’s going to be no one else’s fault but your own. I’m doing my part by personally building this Blog.

The Magic Is Gone!

When Gordy sold Motown, he put a price on the worth of Black music.  Now the magic that Motown had is completely gone! Decimated…… Destroyed….. Sooner or later, you’ll Google Motown, and all you’ll see is some ugly n**** rappin’ about some bitch, who needs his *expletive* in her whoohaa. Is this the kind of legacy you want to leave behind? All you “xtians” need to get out of church and teach your grand kids what music history is. Don’t wait until their twenty-five, cause they’re not interested in what you have to say by then. People are going to start easily believin’ in what “sounds believable,” ’cause we’re not going to have any documentation to go back too. You can get mad at me all you want! You can say how disrespectful I am all you want! But deep inside, all your *sses know I’m talking real. You’ve failed!