Published November 23, 2018 | By SpotifyThrowbacks.com
ATTENTION: YOU MUST HAVE SPOTIFY INSTALLED ON MOBILE DEVICES & PCs TO ENJOY MUSIC LINKS!! 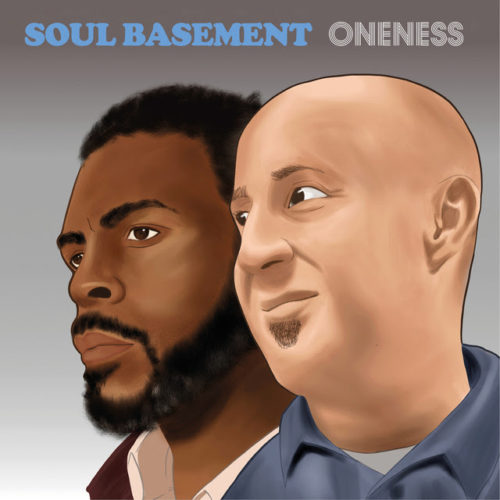 I discovered this group while searching for another recently. I really like their song “Better Days” released this year. The song was written by Fabio Puglisi & Jason Harden. Soul Basement is actually not a group, but Fabio Puglisi’s stage name (right). He produces a lot of Italian jazz, hip hop jazz, and beats. He has actually been around for a while, since about 2004 actually. First off, I have to say this art made Fabio look like Andrew Zimmern from the food channel! I couldn’t help it, that’s all I kept thinking 😂😜 Now, the song comes from his new album called “Oneness,” and the song features I guy named “Jay Nemor” (left). Although I’ve enjoyed this song very much, I’m not sure how I feel about Jay’s voice throughout the rest of this album (and his other albums for that matter). I’m just going to come out and say it. His voice doesn’t sound genuinely his. What I mean by that is, I get the strong impression he’s trying hard to copy another famous artist’s style. When I listen to “Better Days,” it almost sounds like I’m listening to Sly Stone. Other music I hear from him, he sounds like he’s trying hard to mimic Lou Rawls. Believe me, I’ve listened very carefully, and I can usually tell the difference when an artist naturally sounds like someone else; and when someone tries to literally mimic another artist verbatim. That is usually a turn off for me. But….. I don’t know, maybe you guys may feel differently. Listen to the album and judge for yourself. Again, I did enjoy the song “Better Days.” To learn more about Jay Nemor. Also, if you’d like to learn more on Soul Basement, he has a website, or you can just search on Spotify.