Published November 22, 2018 | By SpotifyThrowbacks.com
ATTENTION: YOU MUST HAVE SPOTIFY INSTALLED ON MOBILE DEVICES & PCs TO ENJOY MUSIC LINKS!!

I am sure I’m not wrong about this…. But….. Yes…… I do believe that singer/songwriter Larry Graham is among the many great forgotten artists. As far as I can remember, he only had two major hit songs of his career, and they were in 1980 and then in 1981. This man had a sexy *ss voice! He had what we used to call “bedroom voices.” There were very few men that had those types of voices, off the top of my head, Teddy Pendergrass, Barry White, & Luther Vandross. The first hit he released was in 1980 “One In A Million You,” grown women went bananas over that song. The song hit #1 on the U.S. R&B charts. With the exception of some college radio stations, I don’t think there were any stations that wasn’t playing this song. Growing up, almost every woman wanted this song played for their wedding. That’s how serious it was 😁😂 I’m not joking about that either 😜. When people heard this song on the radio back in the day, people would literally stop what they were doing to sing along until the song was finished. 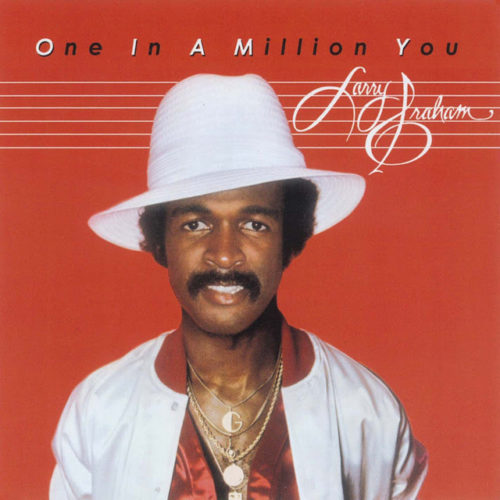 The second huge hit of his career is a song called “Just Be My Lady,” released in 1981. The song peaked at #4 on the R&B Charts. This was another highly requested song for weddings. There was a song he recorded in 1975 that did ok on the Top 100 Charts, the song was called “Your Love.” Graham recorded the song along with a group he put together called the “Graham Central Station.” The song peaked at the 38th position on the Top 100, however, I couldn’t find anything on the R&B Chart. It probably didn’t do well enough to get on the chart’s radar.