The Phenomenal Works Of Irene Cara

Published November 17, 2018 | By SpotifyThrowbacks.com
ATTENTION: YOU MUST HAVE SPOTIFY INSTALLED ON MOBILE DEVICES & PCs TO ENJOY MUSIC LINKS!!

Once upon a time, a very young female singer and actress named Irene Cara was burning up both the music and movie scene in the eighties. Today, people barely know who she is, yet alone the massive hits she has produced. This inspired me to create a new category, to celebrate not just the forgotten artists, but the artists who made history with their music. Irene Cara deserves to be the first to be added to this new category. Unfortunately, because of licensing, Spotify doesn’t have her most important hits (originally recorded that is). So, I must enlist the help of YouTube and SoundCloud for this article. 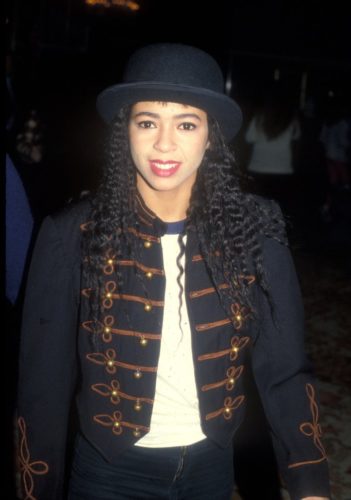 Out of all of Irene’s massive hits, she is probably best known for her iconic theme song “Fame,” from the original movie “Fame (1980),” which Irene also co-starred in. This was at the height of the dance movie craze. Irene belted out another massive hit that immortalized her forever in music history; the song was called “What A Feeling,” from the original movie “Flashdance (1983),” starring Jenifer Beals. On the same album called “What A Feeling,” Irene had a hit few people remember. It’s called “Breakdance,” the song was significant during the breakdance era. I always found it interesting that she had a hit called “Breakdance,” yet, she never actually breakdanced. Another dance favorite was “Why Me,” which was released in 1983. Lastly, I want to share a simple SoundCloud playlist of some of my most favorite Irene Cara club remixes. Irene has put together her own group called “Hot Caramel.” Aaaahhmmmm, yeah….. I’m not impressed. They don’t sound bad, but… I just wasn’t moved enough to save it in my collection. I think this was Irene’s last album in 2011.