This category consist of amazing music I shazam’d from all over! The radio, internet radio, walking around the city, In a store, block parties, coffee shops, whatever! I recommend that you install Shazam, it works very well with Spotify mobile. 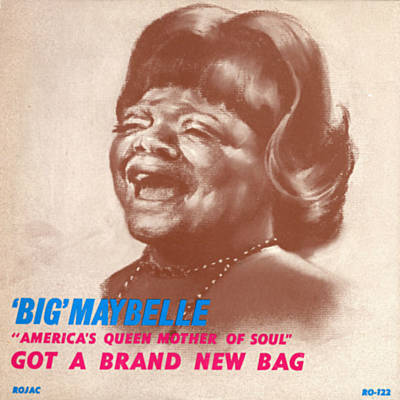 I Shazam’d this gem not too long ago. Big Maybelle! I loved this artist. She reminded me of Etta James a lot. They both had that same feisty energy. The kind of voices that sang exactly what is on their mind. “96 Tears,” released on 1967 (interesting the writer chose the number 96, and even more of a creepy coincidence that the song peaked at #96 and there is a 96 in the year! Wow…), the song was produced by a rock band called The Mysterians. So disappointed that the song was so low in the charts, ’cause I actually think this was a great song. It’s also unfortunate that this was her only hit. Well, it wasn’t a hit, but at least it was on the charts. Then again, I’ve discovered that Billboard doesn’t have the stats to a lot of songs. Oh well.

Posted in Shazams! My Music Discovery